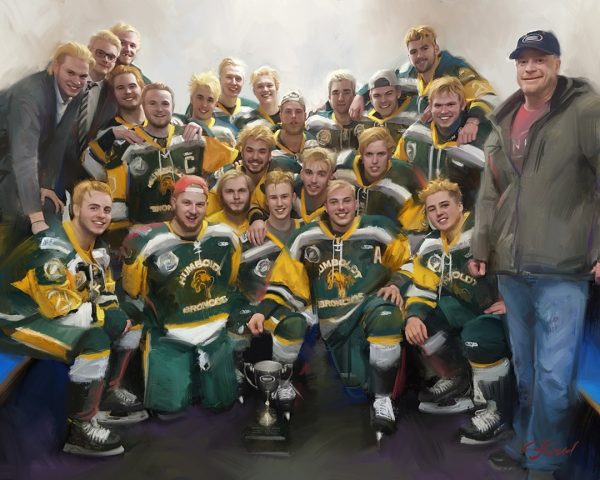 Painting size: 24×36 (Un-Framed)
Framing may be chosen by the winning bidder upon completion of the auction.

Add to Wishlist
Ask a Question
Email to a friend
Category: Oil Painting

On April 6, 2018, a coach bus collided with a semi-trailer truck near Armley Saskatchewan, Canada, killing 16 people and injuring 13. The bus was carrying members of the Humboldt Broncos, an ice hockey team that plays in the Saskatchewan Junior Hockey League (SJHL), as well as coaches and others associated with the team. The bus was traveling to a playoff game in Nipawin, Saskatchewan when the crash occurred.

In efforts to help the families of the Humboldt Broncos. Newport Brushstrokes felt the need to contribute in the best way possible, by using our own service of photo to canvas we created a true masterpiece with immense detail. This original hand painted oil painting is created from the photo of the team that was recognized worldwide. The funds will be used to support the ongoing work of the Bronco Memorial Project allowing the Foundation to support others in their time of need.

We thank you for your continued support.

No more offers for this product!

There are no enquiries yet. 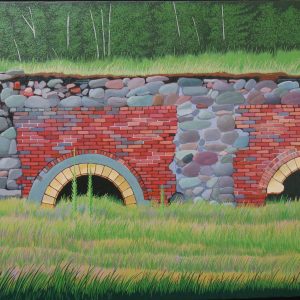 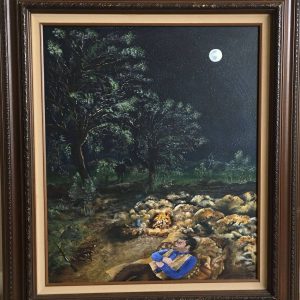 Oil Painting
Tired Cowboy by Linda Kinney – Oil 24″x20″ Original 2011
An original 24" x 20″ (60.96 x 50.8 cm) oil painting on canvas, framed in an ornate wooden frame with suede inset.Painted in 2011, this painting has been museum sealed and copyrighted for authenticity. It is framed and backed with paper, ready-to-hang with appropriate hardware.
$6,550.00 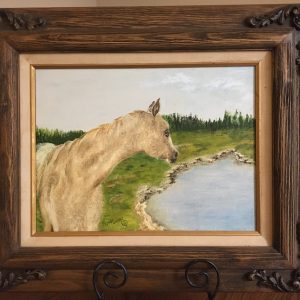 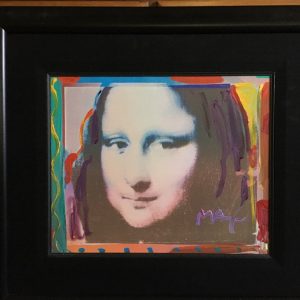 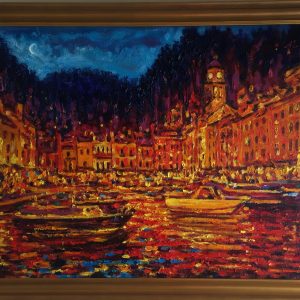 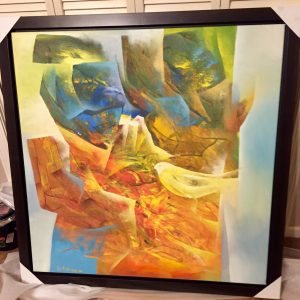 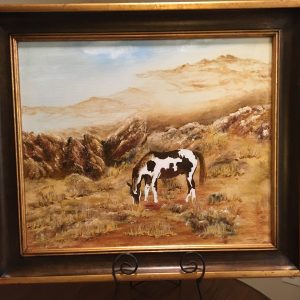 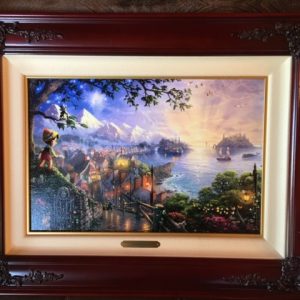 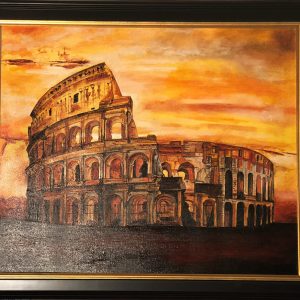 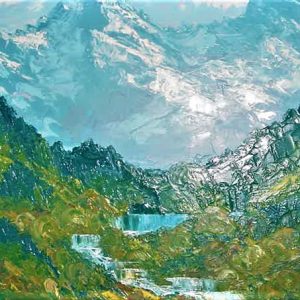 Oil Painting
Black Hills by Viola Smith – Oil/Canvas 20″x16″ Original 1972
Viola was born in 1911 and died in 2000. She was a teacher in country and public schools. Her first love was always art. She enjoyed teaching others the different types of art drawing and oil painting. This Amazing 20x16 canvas is in wonderful condition.
$780.00 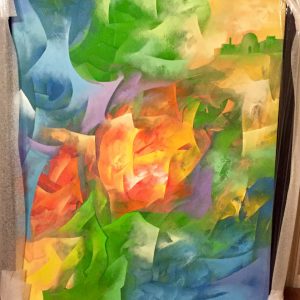 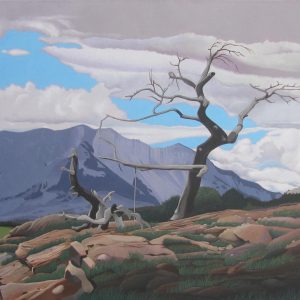 Oil Painting
The Ancient Dance of the Burmis Tree
Contact us for the price. 1-888-383-4858 info@newportbrushstrokes.com
Read more 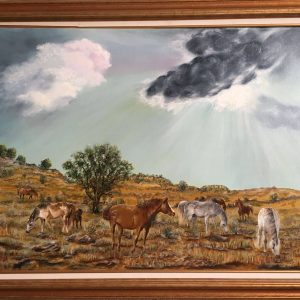 Oil Painting
Horses on the Prairie by Linda Kinney – Oil 30″x40″ Original 2009
An original 30″ x 40″ (76.2 x 101.6 cm) oil painting on canvas was painted using a collage of photography.Painted in 2009, the painting has been museum sealed and copyrighted for authenticity. It is framed and backed with acid-free paper, ready-to-hang with appropriate hardware.
$25,950.00 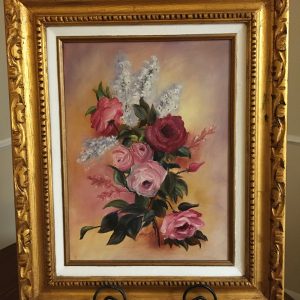 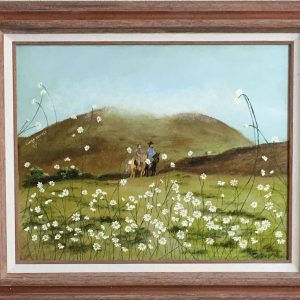 Oil Painting
Ride Through the Daisies by Linda Kinney – Oil 16″x20″ Original 2011
An original 16″ x 20″ (40.64 x 50.8 cm) oil painting on canvas. Painted with a nostalgic thought of days-gone-by, this romantic couple is out for an early morning ride Painted in 2011, this painting has been museum sealed and copyrighted for authenticity. It is framed and backed with paper, ready-to-hang with appropriate hardware.
$4,850.00