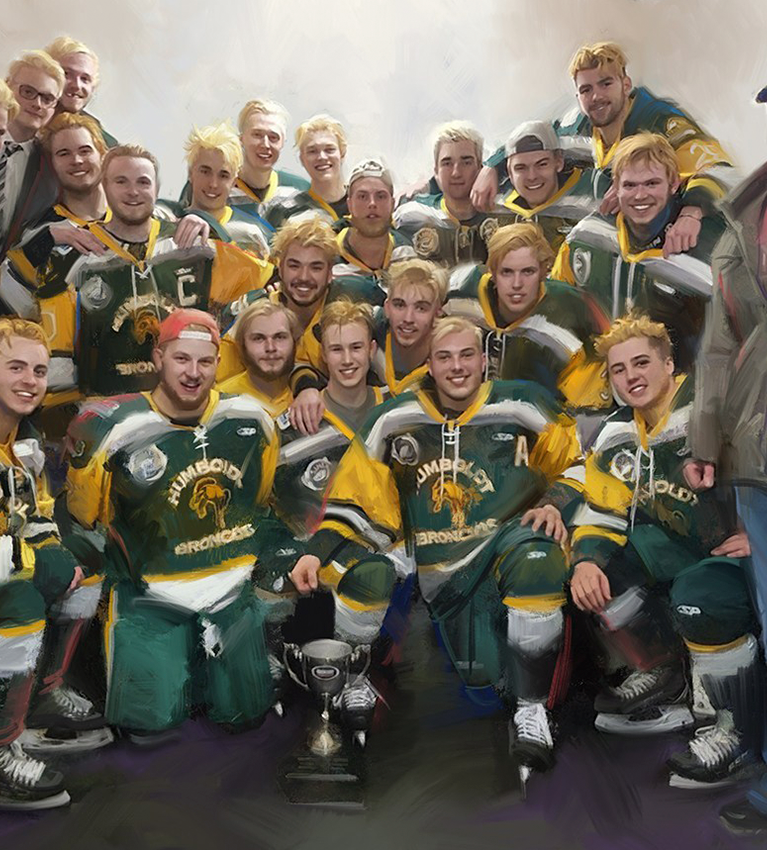 “I am heart broken and want to find a way to help those families,” said the President of Newport Brushstrokes “I have a child that plays hockey. This hits very close to home.” -via R. Massad

It is hard to believe that the devastating Humboldt Broncos crash happened only two weeks ago. It feels like we heard about the events that took place on April 6th, a lifetime ago. If you somehow haven’t heard details on the crash, you can read about it here.

This is in part, due to the fact that there is more news being released on a daily basis about the victims, the survivors, and all of the families, friends and communities being affected by the tragedy. Also, the amount of funds their GoFundMe page has raised is astounding for two weeks’ time.

Originally, the goal was $100,000 and has since then been increased several times. They decided to leave their goal at $4M but the donations are not stopping. As of today, they have reached $15M. As soon as they reached $10.6M, it made the campaign the largest one in Canadian history, and third largest GoFundMe campaign of its kind.

Whenever there are fundraising campaigns like this, people often wonder where the money will go. They want to help in any way they can, and want to make sure their funds are being put to good use. It is up to the Humboldt Broncos team management to distribute the donations. However, everyone is still in a state of grieving, so in the meantime, they are getting advice from experts on the best way to allocate the funds.

Newport Brushstrokes is known for their professional art services, which includes photo to oil canvas paintings, reproductions, prints and more. All of their work is hand painted and their clients have left rave reviews each time they receive their artwork.

The team at Newport Brushstrokes want to help raise funds in the best way they know how. This is why, they hand painted a beautiful piece of art based on the last team picture the Humboldt Broncos took. It has become the most popular photo of them. When I saw the painting (shown below), I gasped. It looks so true to life, and the pride in their faces for being part of this team is so apparent. The painting will be framed, and is now being auctioned, with all of the proceeds going to the families affected.

“Everyone we have shown the piece to has near cried,” said the President of Newport Brushstrokes. “I am hoping that the NHL will honour and deliver the painting to the winning bidder at a game.” -via R. Massad
The auction will end on June 9, 2018 at 11:59 pm so place your bids while you can!